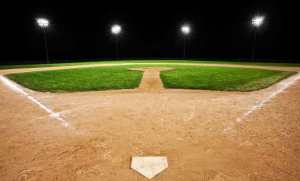 It was so gradual, I wasn’t even aware it was happening.

My sister’s lived out of state for years. My mom died two years ago. My dad moved to Israel. His house just sold, so he came back to close the deal and empty out the final contents of the house. For the first time, he stayed with me instead of his house, which was basically empty. I realized that I had become my family’s home away from home.

I first became aware of the shift over the summer. My kids were away and my sister wanted to come home. Really, I thought? I’ve got no kids home and wasn’t looking for company. She hadn’t been home for awhile and wanted to visit the cemetery where our mother is buried. I couldn’t tell her not to come. Alas, in the new reality, I am “home” for her so I wrapped my mind around this idea, bought her beloved Diet Coke,  and told her to come. We had a great time as usual.

Now it’s my dad’s turn to stay at our house. It’s nice to have him with us – three generations living together for a month. He enjoys my children and we all enjoy having him around. He and I have lunch together most days. My husband and Dad chat over the occasional scotch. Such domestic bliss, you can’t imagine. My father looks the other way when I yell at my kids. We smile sweetly when he repeats himself. We’re practically a scene straight out of the tv show “Modern Family” – my dad being the cantankerous patriarch. I dare say he has even developed a moderate affinity for our dog.

All good things can benefit from a break though, so my Dad went to visit my sister and her family in Indianapolis, taking an early morning flight. My sister called me a few hours after he arrived. Our dad was sacked out on her couch – after all, he had been awake since four a.m.

“From my couch to yours,” I chuckled.

“How long does he usually sleep?” she asked with concern.

I felt like we were discussing a toddler instead of our paterfamilias. Fortunately he’s an active and healthy 79-year-old. It’s emotionally and physically exhausting cleaning out a house you’ve lived in for almost 40 years. He was tired.

I thought I was over the emotional part of saying goodbye to his house but apparently I wasn’t completely. The family homestead was the headquarters for our family for close to forty years. It’s a sad feeling to close that chapter of my life and a weird feeling to have the tables turned and for me to be home base. It’s a subtle shift, but a change none-the-less.

My father will leave the U.S. to return to his life in Israel next week. It’s strange for him to have given up his U.S. residence, but it’s worth it for him to be unburdened by the contents of a large home. He can visit his favorite possessions and my mother’s artwork in any of his children’s homes when he’s feeling nostalgic.

Yup, it’s a new rhythm for our family but one we are all adjusting to. There’s no place like home, wherever it may be.

8 thoughts on “Home Base”