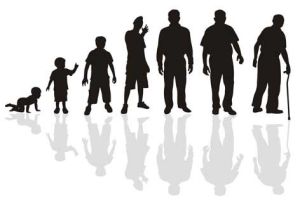 As the school year begins, there is excitement in the air with many “firsts” and “lasts.” The first day of a new school, the last first day of school, and everything in between. For me, there is a tinge of sadness. My second child is a high school senior, with a twist – it is his first senior year, as the plan is for him to complete high school in five years instead of four. How exactly would one word that on a Facebook post?

I look around and see my son’s peers who I have known since he was little, finishing up their college tours, getting ready to start the college application process, like my oldest son did two years ago. I feel profound sadness that my second son is not sharing this experience. He has a genetic disorder called Familial Dysautonomia, which has many health and cognitive ramifications. He was diagnosed when he was one, so I have had his lifetime to adjust to his “normal,” and accept his non-traditional lot in life. Fortunately my glass is usually half full, so I can enjoy what I do have without focusing on what I don’t. I always think of that saying about “if we all threw our problems in a pile and saw everyone else’s, we’d grab ours back,” which I generally feel to be true.

My son recently turned 18 and I am proud of all that he has accomplished in his difficult life. The fact that he is a senior on the diploma track, even if it takes two years, is a huge accomplishment. He learned how to tie his shoes last year, a difficult task when you have poor fine motor skills. While he eats by mouth, which is something else he has learned to do as he’s gotten older, he has a feeding tube and has learned to feed himself independently. He plays piano. He learned to kayak recently on a family trip. He has an excellent memory, is very sweet and friendly, and loves his screens – be it a computer, Iphone, television, movie screen, or any hand-held device/game – often all at the same time!

When most people turn eighteen, the world opens up for them. They can vote, join the military, serve on a jury, get married, get a credit card and apply for loans. When my son turned eighteen, I had to apply for guardianship for him. What exactly does this mean? Basically, a court will determine that our son “is incapable of making decisions because of severe disabilities,” and that he is in need of protection. The court will then appoint someone to act on his behalf, namely us.

While I am well aware that my son is “disabled,” these are painful words to see in black and white. It feels like a punch in the gut to read the forms completed by two physicians which state that his disease is permanent, progressive and fatal. I know these things to be true but they do not rise to my consciousness on a daily basis.

Not one to fret too much, I generally let life unfold organically, guided by my inner voice and values. I know my son is fragile but I do not focus on his life expectancy, instead cherishing each day and year. I have come to learn that none of us know what the future holds, so other than living a reasonably healthy life, why worry about it? As someone wisely suggested to me years ago, I try not to borrow worry from the future.

It is at these milestones when my grief for the loss of a typical child rises to the surface, gently rolling over me in waves. Intellectually, I know that guardianship is in the best interest of my son and that it does not really change the day to day care and future planning that we already do for him. Being his guardians allows my husband and I to continue keeping him safe while encouraging his growth and independence. It just does so in such an official manner, unlike our other children who will hopefully all go off to college and make their own decisions about their lives with only occasional consultation from their parents.

The adult future that always seemed so far away during his difficult youth has arrived for my son. I am grateful that he is relatively healthy, happy and has reached the age of majority. He is a delightful young man who enjoys the simple things in life, being content and happy spending time with his family. We will deal with this legal task, mindful of the huge responsibility of being someone’s guardian and then go back to just being his parents, leaving the sadness behind for now and seeing what each new day brings.

3 thoughts on “A Minority at the Age of Majority”