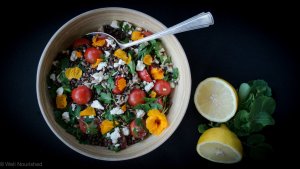 My late mother, in spite of living a healthy lifestyle, suffered from many maladies as she got older. As I drift through middle age, I feel like I am following in her footsteps as I slowly fall apart.

My recent physical failing is not life-threatening, thank God, but skeletal. A lifetime of flat feet has apparently led to arthritis in my right foot and ankle which translates into chronic pain. While the problem has been simmering, it declared its permanency in my life last summer. After living a few months in denial and avoidance, I began the task of figuring it out.

I tried physical therapy, orthotics and bracing, which didn’t help. An MRI report revealed ominous-sounding language, although it was hard for me to decipher. After the first doctor recommended surgery, I began my unofficial residency in the sub-specialty of foot and ankle problems. I learned that having flat feet can cause a deformity that ruins the “tripod” position of your foot- which refers to three points of contact that the bottom of the foot makes with the ground. So my tendon has slowly torn, my arch has collapsed and I have developed arthritis from my foot becoming so poorly aligned. Some doctors think I should do a tendon transfer to realign my foot and fuse the painful joint on the outside of my foot. One doctor suggests a “triple fusion.” There are other little things that would be part of some surgeries, such as taking bone marrow from my hip to help the bones fuse, a tibial bone graft, as well as releasing the Achilles tendon. All of the surgeries are a big deal in that it takes about 3 months to recover, with no weight-bearing for 8-10 weeks. Clearly it is not for the faint of heart. It is my right foot so I will not be able to drive for a while.

I have wrapped my mind around needing surgery and the long recovery. I just want to make sure that I have the best possible outcome. I had never given much thought to the amazing, intricate foot and ankle before. Just like when you are focused on anything in your life, you begin to notice it all around you. In fact, you can’t not see it – like noticing other bald people during chemotherapy or noticing front doors when you are in the market for a new one. Now I am totally focused on people who seem to be limping although I have to restrain myself from speaking to strangers. I wonder if they are before surgery, after surgery, or taking a pass on surgery.

After seeing a few specialists, my head was spinning as each doctor recommended surgery, although with no clear consensus. Remembering my late mother’s medical decision-making strategies, I asked for the office notes after each doctor’s visit so I could compare their recommendations. My goal was to figure out which procedure/doctor combo could  achieve the best outcome, which for me is no pain and the maximum normal use of my foot and ankle.

Never having really collected or read my own medical records, it is a bit jarring to see yourself described in medical-speak. One doctor’s general impression of me was as a “well nourished” woman. Oof, thanks doc. I mean, I really do try to eat healthy – thank you so much for noticing. I took my dog to the vet soon after seeing that note. She said my dog is a little overweight but nothing to worry about for now. I said, “Pardon me, Doctor – my dog is well nourished, not chubby.”

During this time, I decided to have what I believed was a benign cyst removed from underneath my chin. I had shown it to my oncologist and internist over the years so I wasn’t really worried about it but it bugged me so I finally went to the plastic surgeon. She thought it looked a little unusual for a cyst and recommended it be taken out. The results came back as a benign “fatty growth.” Or as I told my husband, in my case, it was a “well nourished growth.”

After consulting with a dozen doctors and discussing my foot ailments with anyone who will listen to me, I plan to have surgery at the end of January. My hope is to return to my active lifestyle and get back outside on long walks with my dog. We both could become a bit more active and a bit less well nourished.